Book cafe: the pleasure of sipping an espresso among a multitude of books

A cup of coffee to savour in the company of countless stories: for those who love espresso as much as they adore books, the book cafe is their very own mini heaven on earth.

In fact, here you cannot only enjoy a drink while reading a story chosen from a wide selection of literary works, but also attend book presentations, meet authors, chat with other bookworms and take a sneak peek at the new trends which are lighting up the world of art.

But one thing is sure: the idea of combining a cappuccino and a croissant with novels and culture is nothing new. The book café formula has a rich, fascinating history, dating back to the 18th Century, even though its very first distant ancestors date back to ancient Greece and the symposion, a banquet table around which people would chat about art, philosophy, literature and politics.

The thinkers of the Enlightenment created these spaces in response to the aristocratic salons and university academies, offering an idea of culture as the expression of people who are capable of standing out thanks to their intelligence, and not because of their wealth or their lineage.

Throughout the 19th Century and up until the early 20th Century, book cafes were the meeting points favoured by intellectuals and artists. Writers, painters, philosophers, sculptors and all kinds of enlightened minds chose these venues as the venues for their discussions and for exchanging ideas. And it is no coincidence that cultural movements and revolutions such as Futurism and the New Vanguards were indeed sparked in front of a cup of coffee, the ultimate modern drink.

The most ancient book cafes in Europe

Re-discovering the most ancient book cafes in Europe is like going on a small trip through time and savouring the emotion of taking a stroll through history: ready to go?

Voltaire, Rousseau, Robespierre, Diderot and many other French philosophers were based in the most ancient book cafe in the world: Café Procope in Paris, opened in 1689 inside the Latin Quarter. 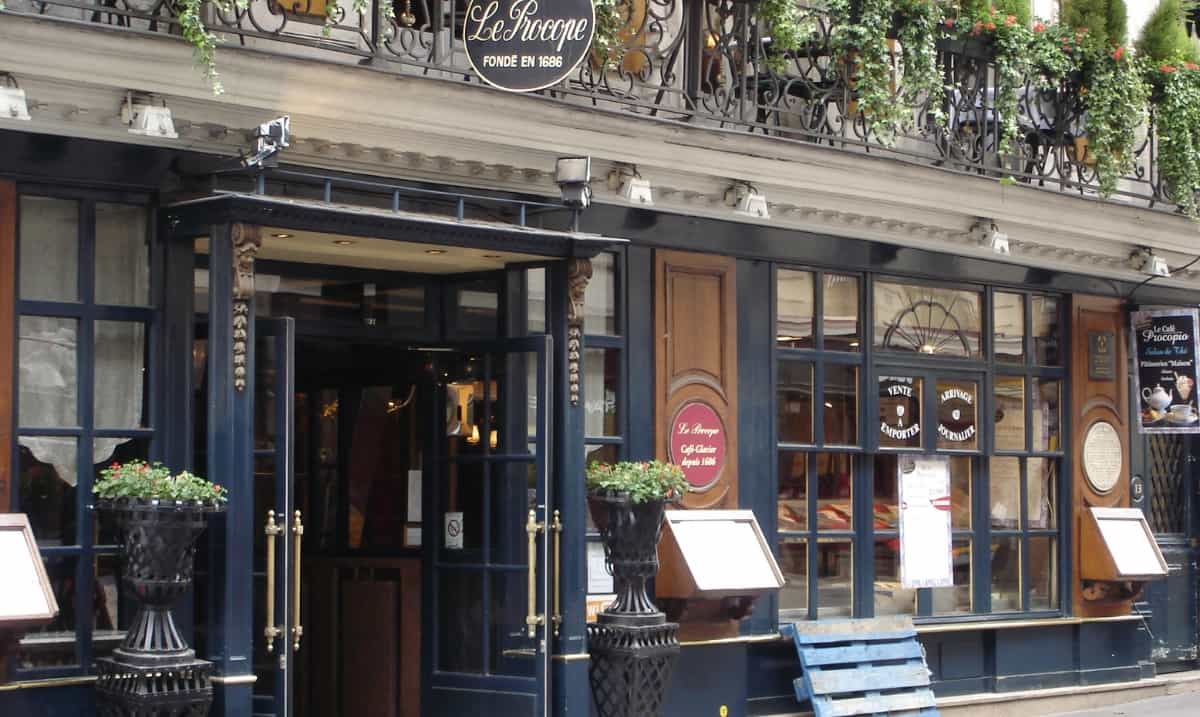 Café de Flore was opened in the Saint-Germain-des-Prés district of Paris; another historic location known for having being Jean Paul Sartre’s favourite stopping point.

Intellectuals and anarchists, but also rulers such as King Alfonso XIII: the clientele of Cafè de L’Opera in Barcelona is a real mixed bag, even though it began in 1929 as a meeting point for aristocrats and nobles.

The most loyal customers of the most ancient coffee house in London include various representatives of the Royal Society, such as Isaac Newton, poet and politician Joseph Addison and journalist Richard Steele.

The Elephant House in Edinburgh

For centuries, The Elephant House in Edinburgh has towered over the George IV Bridge; today, it is famous for having inspired J.K. Rowling when she was writing her first Harry Potter novel.

The most ancient book cafes in Italy

There are also many historic book cafes in Italy worth mentioning (and, obviously, visiting), including:

Want to delve deeper into the history of centuries gone by? Discover the amazing history of espresso coffee, it’s worth it!