Irish coffee: what it is and how to make it

Anyone who thinks Irish coffee is simply a coffee with an added shot of liqueur has got it wrong. Instead, Irish coffee is a drink that embodies the stormy spirit of the country in which it originates: it is as pure and smooth as Ireland’s green landscapes, as tricky to get right as the traditional British climate and as hot as the temper of an Irish rebel.

Making an Irish coffee isn’t as easy as you think: let’s discover the correct ingredients and doses, following the original recipe step by step to obtain the perfect result.

The history of Irish coffee

But first, let’s lose ourselves in the long, captivating history of Irish Coffee, which dates back to the early 1940s.

There are actually two different versions of how this drink originated. The first attributes the invention of the beverage to a bartender in Shannon airport, called Joe Sheridan, who supposedly dreamed up the recipe, creating an original combination of flavours in a bid to comfort tired, cold travellers to the Emerald Isle.

According to the other version, Joe Sheridan was not a bartender but a cook and the airport he worked at was that of Foynes (again in Ireland), but his motivation for inventing Irish coffee was the same: restoring the spirits of fatigued travellers, worn out by Ireland’s stern winter climate.

It was not until the early 50s that Irish coffee became world famous: this occurred thanks to Stanton Delaplane, a journalist for the “San Francisco Chronicle”, who tasted it in Shannon airport and convinced his friends at the Buena Vista Café in San Francisco to recreate that unique taste.

How to make an Irish coffee

Irish coffee is better when savoured hot, in small sips. If you enjoy having a go at making unusual kinds of coffee, discover how to use the French press to make a French coffee: simply délicieux! 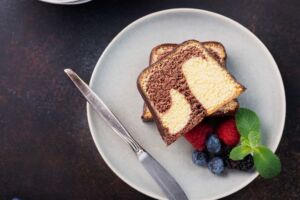 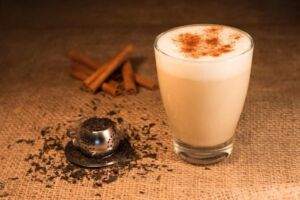 2 September 2020
It has Eastern origins, has become famous worldwide thanks to Starbucks, and looks like a caffelatte but isn’t. What is it? We’re talking about the... 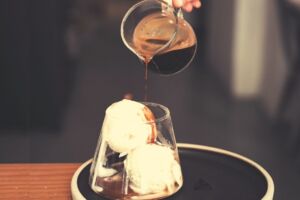 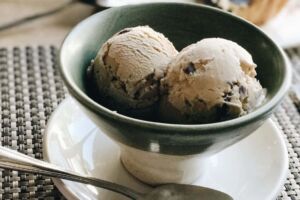 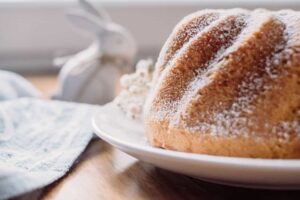