Our long tour of Italy’s oldest cafes brings us to the discovery of the historical cafes of Brescia, a city full of charm, which has gone down in history as the “Lioness of Italy” for the tough resistance it put up against the fierce Austria repression during the Risorgimento.

Unfortunately, there are very few historical cafes still open in the city of Brescia, so we’ll take a look at some of the cafes that have written the most important pages in the history book of one of Lombardy’s major cities, including those unfortunately no longer open to the public.

Located under the colonnade of Piazza Vittoria, this cafe opened in 1932 as Gran Caffè Nazionale, before changing its name in 1935 to Caffè Impero when it was purchased by the Moreschi family, who already owned other bars in the city.

It practically became famous immediately as “el cafè de le ciapèt” as it was located behind the Bigio, the statue of the young Fascist by sculptor Arturo Dazzi. From 2013 to 2018, Caffè Impero was closed for a short time due to the extensive building work going on in the area.

The long story of Caffè Maffio began around 1860 under the colonnade of Corso Zanardelli. Initially, the historical cafe in Brescia hosted a central room inside, five rooms on the first floor and others on the mezzanine floor, reached by a spiral staircase. The interior was elegant, furnished with marble, mirrors, wood, and dark velvet.

Fully renovated in 1927, Caffè Maffio increasingly became the “in” place for the most flamboyant celebrities of the Lombard city. Later too, the historical bar underwent other important renovations: in 1937 and then again in 1964. Closed in 1980, it reopened in 1981 and is known today as Zanardelli 36.

Caffè Perli was one of the most ancient cafes in Brescia, opened in 1727. A favourite meeting- place for nobles and the upper classes, according to the chroniclers of the period, it contained various rooms decorated with stuccoes, which cost a considerable amount of money for those times.

The bar was bought by the Perli brothers, before passing into the hands of other owners in 1881. In 1827 it was among the places eyed with suspicion by the Austrian police since its clientele consisted of liberals and patriots. During the Second World War, the cellar of Caffè Perli became the venue for meetings of a clandestine partisan group, before being demolished in November 1944. Today the cafe is no longer open.

Opened in 1928, Brescia’s Caffè Roma soon became one of the most fashionable bars in the city, thanks to its spacious rooms and its central location in Corso Zanardelli.

Indeed, together with other places, such as Caffè Maffio, Caffè Roma was considered the city’s drawing room, frequented by the Brescian high society such as Count Alessandro Bettoni Cazzago, violinist Giannino Carpi, etc. The cafe was permanently closed in 1949 and its rooms were used to house the Banca Popolare di Novara.

Caffè della Rossa was a historical cafe of Brescia, located halfway along Corso Palestro. In the 1820s, it was among the places placed on high alert by the Hapsburg police because, at the time, it was here that an Austrian magistrate observed the presence of “veritable gangs of individuals still dreaming about the Lombard troops raiding the plains of Lombardy…”.

Following a change of management, in 1888, Caffè della Rossa was renovated in grand style, with large investments made in extremely refined furniture and mirrors. The bar continued working until 1928, year of its permanent closure.

These old cafes are all so charming! If you’re enjoying our journey back in time, carry on and explore the historical cafes of Padua: there are still so many stories to tell! 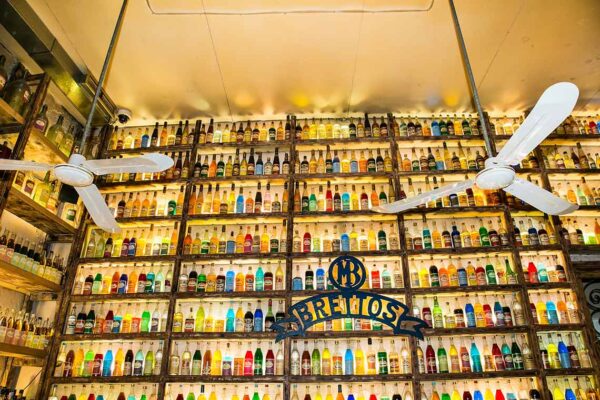 Cafes in Athens: the historical cafes

16 September 2021
Our itinerary of discovery to visit the historical cafes of Europe continues. Today, following on from our visits to the oldest cafes in London, Barcelona,...