An ancient ritual, with the same, alluring charm as the Orient. Turkish coffee is much more than just a drink because it fully embodies the spirit of the culture from which it originates. A real treasure, which has been officially declared an example of Intangible Cultural Heritage by UNESCO.

Our quest to discover how coffee is consumed around the world often reveals some surprising, interesting facts. And this is also true for Türk Kahvesi, as it is known in the Turkish language. Its rich tradition, along with the unique preparation method is accompanied by a series of benefits that make it so precious: sit back, relax and prepare to savour a fascinating story that began back in the 1500s.

Indeed, the very first coffee shop in Istanbul opened its doors as early as 1554 (in the age when the city was known as Constantinople), becoming a pioneer in the entire history of coffee. This was where Turkish coffee was first prepared using the Cezve, or Ibrik, an ancient method that is still used today. It is a special jug made of copper or brass with a slim neck and a long handle, used to boil a mixture of water and coffee powder. 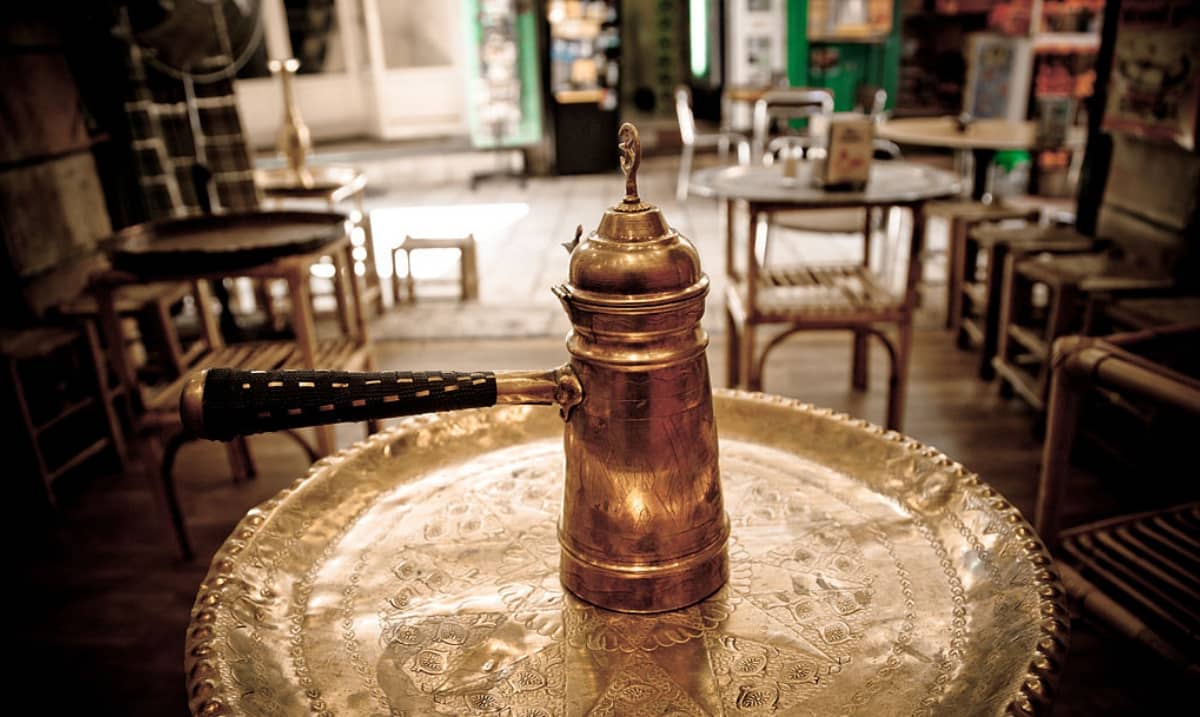 Consuming this warm, frothy drink would soon catch on and become a true ritual much earlier than in the rest of Europe. Türk Kahvesi is not consumed quickly, but instead is a pleasant string to the bow of many social exchanges. It is typically enjoyed at a leisurely pace during all kinds of occasions in the company of friends and family, and often at important events such as weddings and religious ceremonies.

How to make Turkish coffee

As well as using the Turkish coffee pot, those wishing to make this drink today can also use a small pot, which should be easier to find. Learning how to make Turkish coffee is not difficult, but it requires practice and time.

Let’s begin with the ingredients needed for this drink:

According to Arab tradition, the method for making Turkish coffee is as follows: 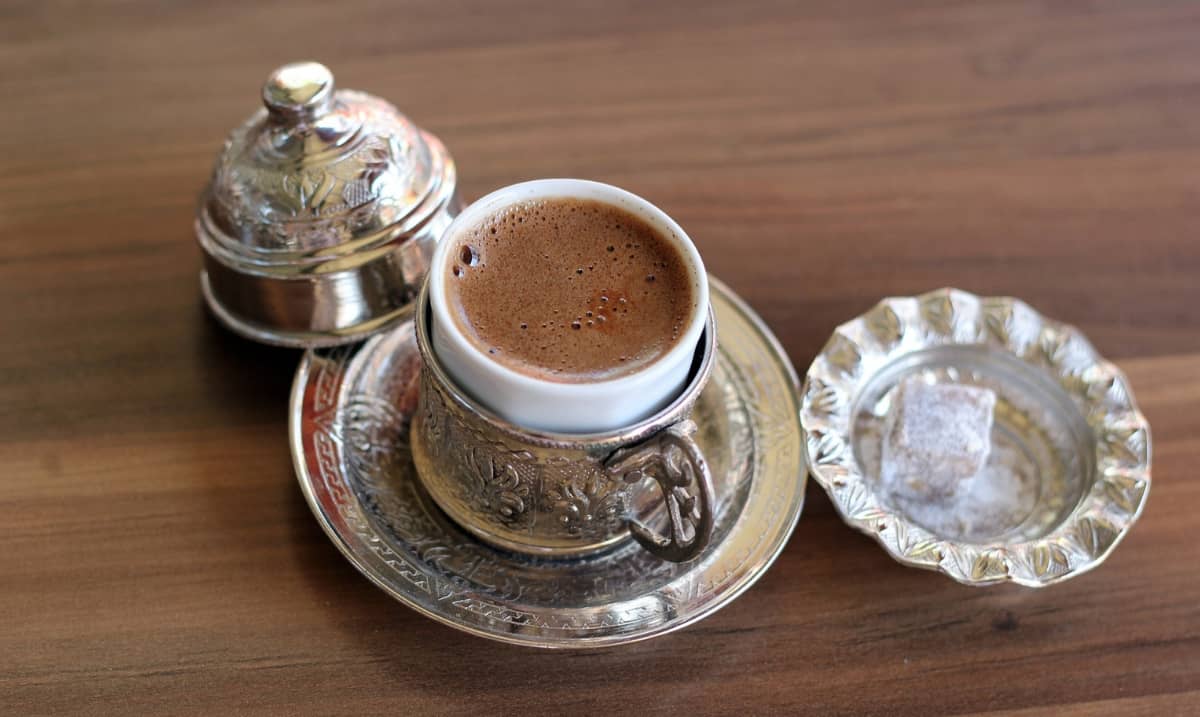 Before drinking Turkish coffee, since it is not filtered, it is better to leave it for a few seconds so that the blend can settle at the bottom. And it is precisely what is left in the cup that has helped to enhance the aura of charm that hovers around this drink: in ancient times, it was believed that those who practiced tasseomancy (coffee dreg reading) were capable of predicting the future.

Legend has it that the first cup of Turkish coffee was made by Allah for Muhammad, so providing the founder of Islam with the energies he needed to overcome the stifling heat of the desert and beat no less than forty horsemen.

Indeed, this particular way of preparing coffee results in a higher extraction of caffeine: one cup contains about twice the amount of caffeine as that contained in an espresso. All this dynamism is accompanied by other benefits for the organism, which reinforce the usual properties of coffee. In particular, the drink aids the digestion and improves the efficiency of the nervous and cardiovascular systems.

And so enjoy a sip of the Orient. Once you have experienced Türk Kahvesi, take a look at the spellbinding tradition of Vietnamese coffee too.