Robusta coffee: what are we talking about?

That boiling hot cup of our favourite espresso is the point of arrival in a long journey that starts from the cultivation of the Coffea plant. Of the many species that exist, only two are used in coffee blends: one is Coffea Arabica, which we have already met, and the other star of the show is the Robusta variety. Let’s find out more about its characteristics, the areas in which it is grown and its aroma.

Coffea Canephora is the scientific name of this particular species, defined as “robust” because of its exceptional resilience and versatility, which enable it to escape unscathed from parasite attacks, diseases and heavy rains. These virtues are provided by its caffeine content, a natural pesticide present in almost double the quantity contained in the Arabica variety.

The Coffea Canephora plant has long, oval leaves and white flowers with a jasmine-like scent featuring hints of lemon. The coffee beans are sturdy with a straight ridge.

The history of Coffea Robusta

The popularity of Robusta coffee really took off on a massive scale after World War II. This was due to the increasing demand for coffee throughout Europe.

During the conflict, money had been scarce and people had been forced to settle for coffee surrogates such as chicory coffee, but the cultivation of Coffea Canephora made it possible to satisfy the high demand more quickly and at a lower cost thanks to its vast production areas and abundant harvests.

Originally grown in West Africa, the optimum climatic conditions for cultivating Coffea Canephora can be found in the tropical area ranging from Africa to the Far East, where Vietnam and Indonesia are two of its finest producer countries. 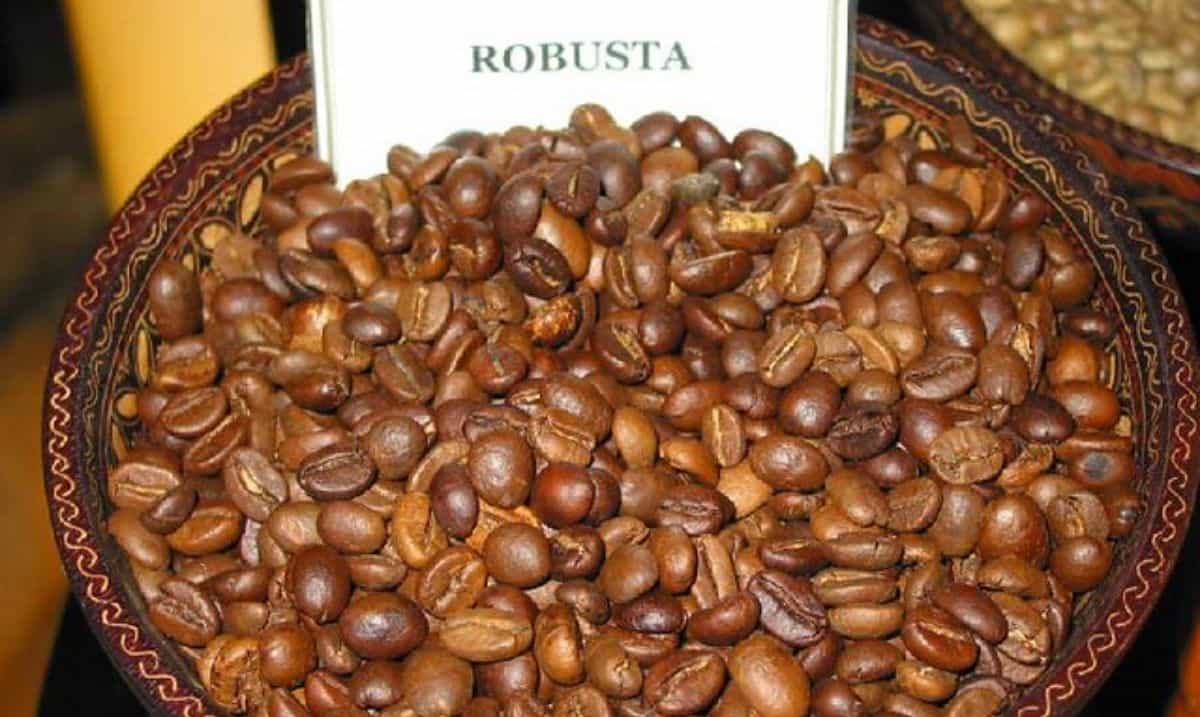 The aromas of Robusta

You know that thick yet subtle cream you love in your espresso? It is all thanks to the Robusta variety, which balances the Arabica variety by adding body and character to the blend. It also enriches your coffee with delicious chocolaty notes and a pleasant slightly bitter aftertaste.

During the roasting phase, up to 700 aromas and flavours are formed and the master roaster’s job is to blend several types of coffee with different origins to bring out a range of characteristics. Blending is an art that Caffè Aiello has mastered. More than fifty years ago, our founder Gaetano Aiello put the finishing touches to a recipe that has remained the Company’s jealously guarded secret until this day: discover the blends created using the Secret Recipe to enhance the taste of real Italian espresso.