Coffee in Ethiopia: its real home

Many people believe that coffee originated from Brazil, but that’s not quite true. Initially, the plant grew (and still grows) wild in an African country: Ethiopia.

Here it was known as “bunna” and it was only later that it took on the name used all over the world today, with only a few variations. Indeed, the term “coffee” derives from the Arabic word “qahweh” (kaffa), the region where the plants were discovered.

Legend has it that it was a humble shepherd who discovered the coffee plant: he noticed that his goats, having chewed on these strange beans, would suddenly become full of energy. So he tried them himself and in a short space of time, coffee was eaten throughout the nation, to such an extent that today it is still eaten and not drunk in some areas. 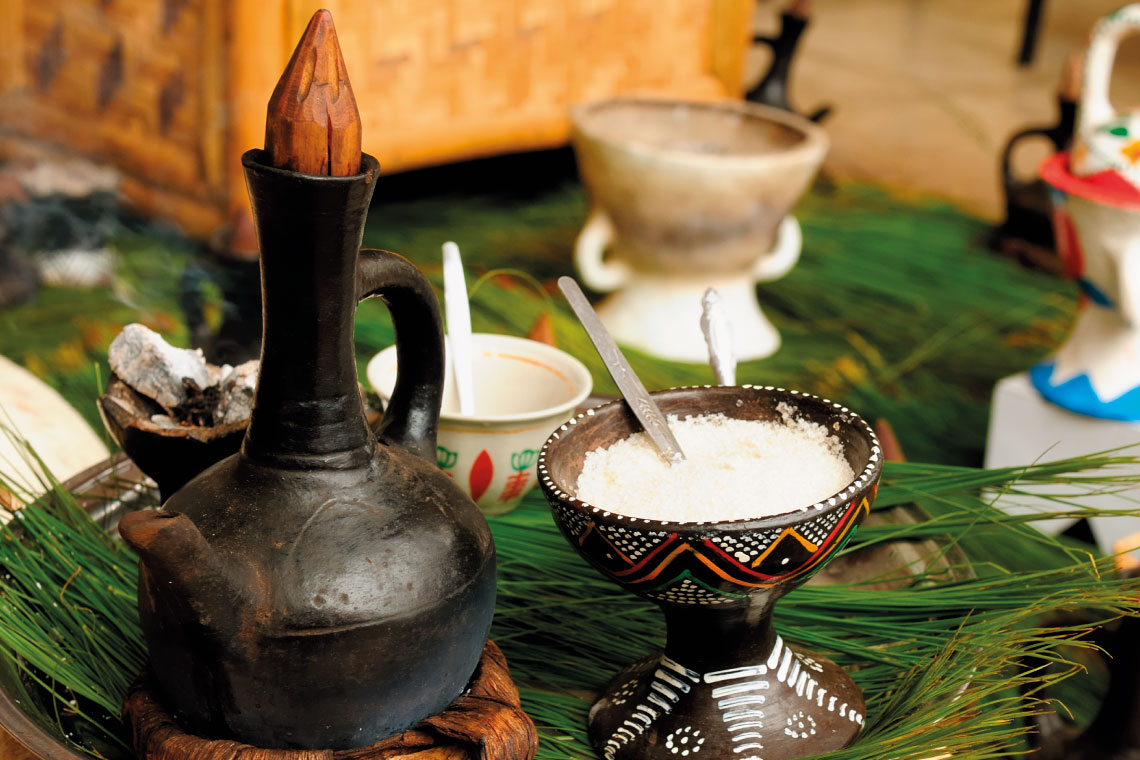 Ethiopia and its coffee ceremony

In this country, coffee is a real tradition, as well as being the nation’s primary source of income. This is why the “Ethiopian coffee ceremony” is now famous worldwide. What does it consist of?

During the ceremony, the woman roasts the green coffee beans on the embers of a fire, releasing a powerful aroma that pervades the room. Once they have cooled down, she takes a mortar and pestle and crushes the beans by hand. She then heats up a jug of water, adds the coffee and brings it to the boil.

Once it is ready, she transfers the coffee into another container, leaves it to cool and then pours it back into the jug. It is filtered and served in cups with no handles up to 3 times.

Indeed, during the ceremony, the coffee is prepared again three times using the remains of the first serving. The first time it is known as Awel, and the liquid generated is the strongest coffee, dedicated to fathers. The second time is it called kole’i: this version is weaker and is traditionally drunk by mothers. The last serving is known as bereke, and is drunk by children as it is incredibly light.

Did you know that our blends contain the finest coffees from Ethiopia?
Try them and rediscover the taste of real top-quality coffee!