Decaffeinated: the coffee that suits everyone

Among the many coffee variants on the market, one that is very trendy is decaffeinated. Specially made for those who do not want or cannot consume caffeine without renouncing the tasty and intoxicating flavour of the world’s most popular beverage, it is a variety that, over the years, has found a strong demand and is very popular even among young people.

But what specifically is meant by decaffeinated coffee?

The Dec blend is obtained through decaffeination, which is the process that literally “removes the caffeine” from the coffee beans in a chemical-physical way.

Caffeine is an alkaloid, which has a marked effect on the body. The main consequences of its consumption are:

These activities can lead to various side effects, such as:

For all these reasons, especially for the most sensitive individuals, decaffeination is carried out with the aim of producing a real coffee, complete with all its properties including taste, despite the absence of caffeine.

The decaffeination process is applied to the coffee beans while they are still green, i.e. before they are roasted, and can take place in 2 different ways:

The second method is certainly the one that maintains the organoleptic and taste characteristics of coffee, making it almost confusable with a caffeine-based drink.

Dec Blend: all the benefits

According to numerous studies, the consumption of decaffeinated coffee has clear benefits for the body:

As it is caffeine-free, it can also be consumed by people with heart problems or those prone to hypertension. As it is also low in calories, it is an excellent element to include in diets, thanks also to its ability to aid digestion. It is also a good analgesic in the event of severe headaches.

Like all irritating drinks, despite the absence of caffeine, it can cause or worsen symptoms of gastritis and acid reflux. However, these consequences can easily be controlled by paying attention to the daily intake.

Grid
List
Show
In Offerta
Add to the wishlist 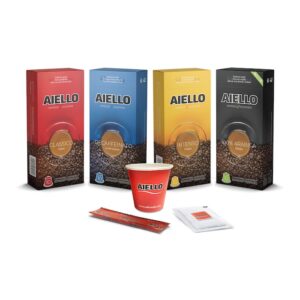 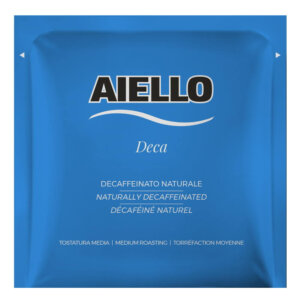